MEGHAN Markle and Prince Harry were overcome with emotion during their wedding rehearsal and the royal lovebirds were reportedly in floods of tears over the last minute absence of Ms Markle’s father, according to sources.

Thomas Markle Snr was expected to walk his daughter down the aisle today but pulled out last minute after undergoing surgery for a heart condition in Mexico.

A courtier commented on the wedding rehearsal, saying: “They were both in tears at what is going on with Meghan’s father in America and Prince William was pretty upset as well.”

The announcement of Mr Markle’s absence from the wedding came so late in the day that reference is still made to him in the Order of Service.

There was not sufficient time to reprint the 600 copies of the Order of Service prior to the ceremony today. 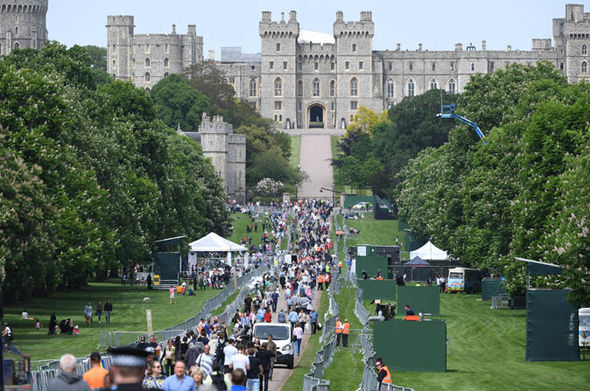 Mr Markle was expected to walk his daughter down the aisle, but pulled out last minute

In a statement released by Kensington Palace, Ms Markle commented on her father’s absence, saying: “Sadly, my father will not be attending our wedding.

“I have always cared for my father and hope he can be given the space he needs to focus on his health.

Mr Markle was expected to walk his daughter down the aisle, but pulled out last minute

“I would like to thank everyone who has offered generous messages of support.

“Please know how much Harry and I look forward to sharing our special day with you on Saturday.”

In the absence of her father, Meghan has opted for Prince Charles to accompany her down the aisle.

A statement released by Kensington Palace confirmed this decision, saying: “Ms Meghan Markle has asked His Royal Highness The Prince of Wales to accompany her down the aisle of the Quire of St George’s Chapel on her Wedding Day.

“The Prince of Wales is pleased to be able to welcome Ms Markle to The Royal Family in this way.”

Mr Markle reportedly told the US news website TMZ he was “honoured and grateful” Prince Charles had stepped in and agreed to walk his daughter down the aisle.

He added that he would “proudly” watch the ceremony on TV “in a secluded place with friends, hopefully with no press”.

In a break from tradition, Ms Markle is expected to walk down the first half of the chapel alone, before being joined by Prince Charles.