She just married into the royal family in May, but Meghan Markle is really hitting the ground running as a royal. The former actress has already reached a bunch of royal family milestones, from her first solo event with Queen Elizabeth, to her first Wimbledon in the royal box. This week, Meghan checked another royal first off the to-do list when she gave a solo speech at a celebration for her charity cookbook, Together: Our Community Cookbook, which supports those affected by the Grenfell Tower fires. At the event, Meghan gave a three-minute speech thanking the Hubb Community Kitchen for welcoming her when she moved across the pond.

“Working on this project for the past nine months has been a tremendous labor of love,” she said, according to People. “I just recently moved to London and I felt so immediately embraced by this kitchen — your warmth and kindness, and also to be able to be in this city and to see in this one small room how multicultural it was.”

People who were lucky enough to attend the celebration in person, including ITV’s Chris Ship, posted several videos from Meghan’s speech on Twitter. 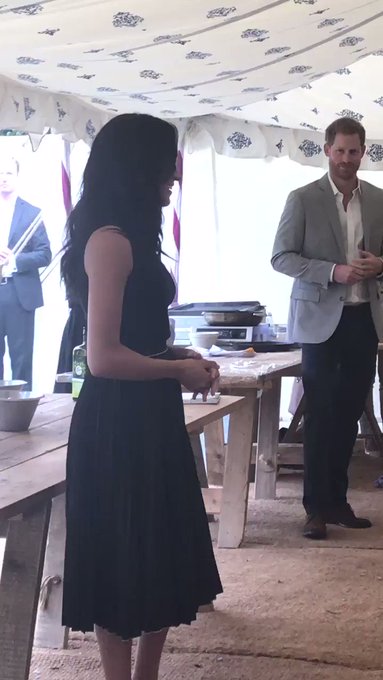 More of the speech The Duchess of Sussex about the #Grenfell cookbook. ‘It’s been a tremendous labour of love’ she said.
Prince Harry looked on – proudly… 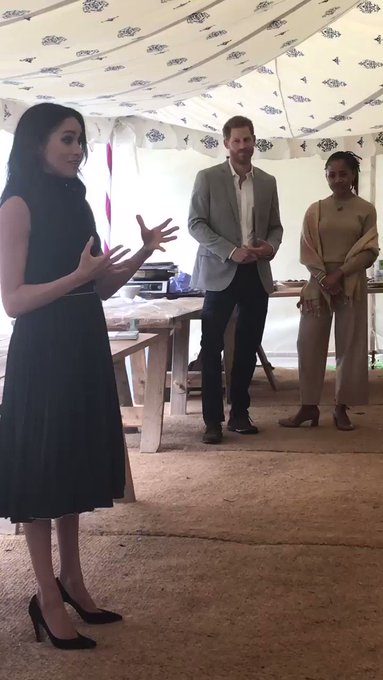 The occasion makes us think back to Kate Middleton’s first solo speech as a member of the royal family, back March of 2012, when the Duchess of Cambridge opened the Treehouse hospice in Ipswich, outside of London.

Here’s a quick comparison of how Meghan and Kate handled this royal milestone differently—and how they handled it exactly the same.

Same: They both spoke in support of charities they love.

Meghan was clear in her speech that the Hubb Community Kitchen made an impact on her personally when she moved to London. Meanwhile, the Treehouse Hospice was a branch of the East Anglia’s Children’s Hospices (EACH), which happened to be one of the first charities she became a patron of as a duchess.

Different: Kate used notes for her speech and Meghan didn’t.

Kate used notes for her speech, but honestly, most of us would—especially the first time. Since Meghan spent years as a professional actor with lots of experience speaking in public and memorizing lines, it’s no surprise she didn’t refer to any notes in her speech.

Same: They both spent lots of time hanging out with people from their charities of choice.

The pictures from both events show just how special these charities are to Meghan and Kate.

Different: Kate was on her own and Meghan had lots of support.

When Kate gave her speech in 2012, William was away on a six-week military mission. Meghan, on the other hand, had Prince Harry and her mother, Doria Ragland, by her side for support.

Same: They both wore similar outfits.

If there’s a uniform for the first royal speech, it’s a chic, blue and black ensemble.